A Brief History of Beards Did you know beards played a role in human race survival?

Since the dawn of human race, beards have been an integral part of their lives and even their survival.

From keeping men warm to being a sign of adherence to their faith, beards have always been more than a fashion statement. Facial hair was often a sign of a man’s social status and wealth.

Today it's totally different and a man’s desire to grow a beard, whether it’s a mustache, sexy stubble, or a full bushy beard, may be no more than a personal preference.​

In this article I'll write about some surprising information about the history of beards and their role in human evolution.

Beards and Evolution - Key for Survival

Historians believe that at early stages of evolution,  beards were grown by prehistoric men to keep to keep them warm during the winter. Along with that, the beard protected their faces and mouths during sand storms, from insects, and from the hot sun. Beards also gave them an intimidating appearance, which was key to survival in many cases.

Competition for food, water, and shelter was fierce and to survive men did everything they could to. A beard could help intimidate enemies. It outlines the jaw, making it, and him, appear strong. Any weaker facial features, such as a small or weak chin, can be hidden by a beard. This is exactly like an animal trying to make itself look larger and more intimidating.

Of course, back then there weren't any mirrors and other shaving tools. Cave drawings showed pre-historic men might have used clam shells, shark's teeth, and sharp flints to shave their beards.

Beards continued to be popular as civilization developed and it wasn’t until Alexander the Great forbade soldiers from wearing a beard which caused their popularity to diminish. In the ancient world, beards were still worn by most men as they were still important for staying warm and intimidating enemies.

Beards were popular in ancient Greek. The Greeks saw the beard as a sign of masculinity, knowledge and wisdom. The beard was shaved only as a sign of mourning or as a punishment. However, some saw them as detrimental during close combat, including Alexander the Great who ordered his men to shave their faces clean before fighting the Persian emperor for control of Asia in 331 BC. Although there are claims that he ordered it to prevent beard pulling in battle, the real reason is he wanted his men to look like him. Alexander the Great kept his face shaven and compared himself to the demigod Heracles, whose youthful vitality was always portrayed in paintings and sculptures.

After the fall of Rome, most men still wore beards until about the 7th century. When Christianity spread throughout Europe, the clergy had to shave off their beards. English Princes grew mustaches until the 11th century when William the First decreed men must be cleanly shaven to fit in with Norman fashion.

Once the crusades began, men began to grow their facial hair as they wanted for about four centuries. Anglo-Saxon men took great care of their beards, sometimes by starching them. During the early 1600s, a painter, Sir Anthony Vandyke, depicted noble men with pointed beards, which gave birth to the Vandyke beard. 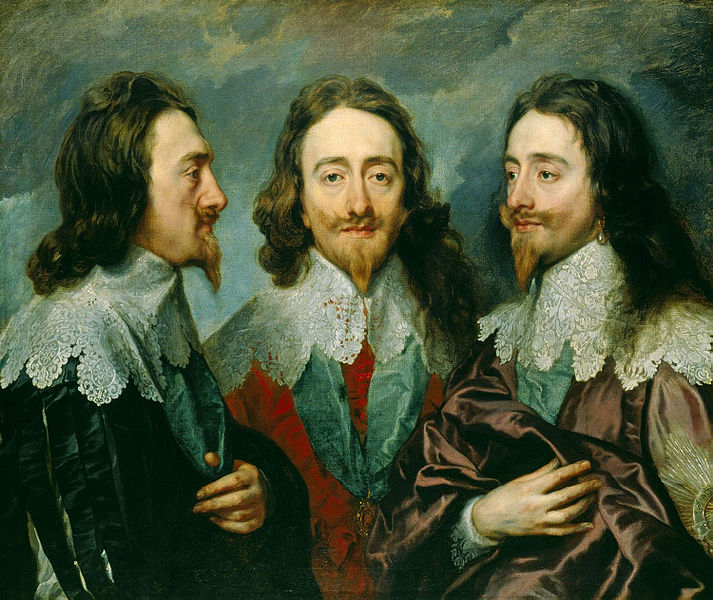 During the 18th century, most men were cleanly shaven as facial hair was for only rough, uncouth men.

However, facial hair made a comeback and, by the mid-1800s full beards were in vogue again.

With Abraham Lincoln’s popularity, beards in America were worn by upper-class men as well as poor men because they showed wearers had moral courage. In Britain the beard returned due to the Crimean War of 1854-56, the freezing cold and lack of shaving cream and soap made beards a reality. Once the war was over, beard was the sign of a hero, so seeing a shaved man was a rare sight (except for Buckingham palace, where they kept shaving). More on this can be found here.

Although beards were not popular during the first part of the 20th century, some prominent men like Sigmund Freud, Albert Einstein, and Marcel Proust still wore full beards or at least mustaches. However, by the 1920s in the United States, most men’s faces were free of facial hair, except for the popular handle bar mustache.

Even the mustache’s popularity began to ebb, especially during World War II when facial hair was eschewed in the military because it could prevent gas masks from fitting tightly. After the war, men still wore their faces free of hair through the latter half of the 40s, the 50s, and most of the 1960s. However, as a wave of unrest regarding the Vietnam War grew, so did facial hair.

Beards were once again grown because they were anti-establishment. Although most men were still clean shaven, writers and musicians also grew out their beards. Even groups like the formerly clean shaven Beatles went hippie as they all grew beards during the mid- the to late 60s. Even acts like the Beach Boys, Barry White, Jimi Hendrix, and Willie Nelson all grew beards.

However, nothing lasts, and as the late 1970s hit, mustaches stayed, but beards didn't. It wasn't until the late 80s and throughout the 1990s that beards, especially goatees, became popular again. Throughout history, religiously observant men have worn beards as a sign of their faith. The three main religions, Judaism, Islam, and Christianity all have religious laws regarding facial hair.

Jewish law, as written in the Talmud, prohibits men from shaving their beards.

In fact, there are specific ways to take care of them. In Leviticus 19:27, men were not to “mar the corners of thy beard,” which many interpret as not shaving with a one-bladed razor.

While many religious Jews still do not shave with a straight razor, they may use scissors or an electric razor to trim their beards when it becomes difficult to eat while wearing one. However, it is mainly Hasidic Jews who still wear their beards and hair as written in the Talmud, other religious Jews wear stubble or even shave.

For most Christian men, growing a beard is a personal preference, even among clergy. During the 6th century, the western Catholic Church required priests to stop letting their beards and hair grow freely, though they didn't require them to be cleanly shaven. In Eastern Christianity, many clerics grew beards to show their masculinity. Religious Muslims also wear beards in adherence to their religion. Having a beard is a way for devout followers to distinguish themselves from others. Usually, Muslim men will let their beards grow, but trim their mustaches. The requirement to grow a beard is in dispute. While some say the Quran requires growing a beard, for those who are capable, other Muslims contend it is not a requirement.

Many Muslim men were clean shaven or had trimmed beards until the Islamic Revolution in the late 1970s. Then, when extremists’ clerics came into control, men began to let their beards grow or be ridiculed for shaving their beards.

Approximately 33% of American men now grow a beard of some sort. It has become fashionable for men of all social statuses to grow at least a scruffy beard, especially during their downtime. It is almost impossible not to find at least one man in a television show or a movie who doesn’t have a three-day growth of beard.

Many young men, often referred to as “hipsters,” grow full beards to attract women, hide facial features they dislike, or to display their masculinity. In the US, more than any other country, facial hair includes everything from the soul patch to goatees to full, bushy beards. However, some men may have embraced the beard culture due to having sensitive skin.

Shaving can be painful for some men, leaving behind razor burn or bumps if they have sensitive skin. Growing a beard gives them an excuse not to shave. So, for men who have issues with shaving, the trend of growing beards has been good for them. While some fashion experts are predicting the imminent demise of the beard, it doesn’t seem to be going anywhere soon.

Instead of growing thick, bushy beards, men are trimming and grooming their beards, so they look clean and attractive. Along with using brushes to keep trimmed beards soft and clean, men are using products to help make their beard hair look more luxurious and to keep the skin beneath their beards healthy.

Barbershops are offering services to help men keep their mustaches and beards looking nice, no matter if they are wearing goatees, Vandykes, or bushy beards. As history shows, beards have been important to men since the dawn of time and probably always will be as their popularity ebbs and flows.

This is very instructive. Thanks